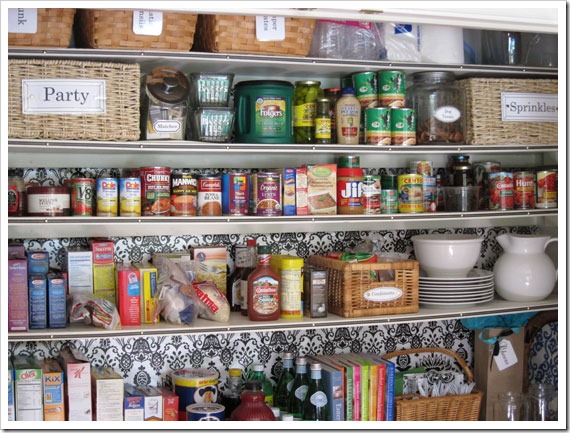 I pulled the last sheet of paper towel off the roll this morning and stopped my breakfast-making to go to the pantry and get another roll. That one simple, mindless act conjured up a memory that stays with me to this day. . . I was visiting a family member several years ago and I sat and watched as she made coffee for us. After spilling a little water on the counter, she reached for the paper towel holder and saw the roll was empty. UGH. The expression on her face was one of frustration, but also a bit of sadness. I said, “I’ll get one out of the pantry” and started in that direction. She replied, “There aren’t any more.” At that moment she walked over to the table where I was sitting and fell into the chair beside me with a look of total defeat. Now, I knew this person well enough to know this wasn’t about running out of paper towels. And so the unveiling of her realization began . . .

She opened with, “I would just LOVE to have a spare ANYTHING so when I run out, I can just go get another. I don’t need a full pantry, just enough to tide me over to the next trip to the grocery. Most people have that, don’t they? You have that, don’t you?” She wasn’t complaining or feeling sorry for herself. She was simply sharing her state of being and trying to make sense of it. She went on to say she only had enough money each time she went to the grocery to buy what she needed. There was never enough money to buy two of anything, so she could have a spare. Still, she wasn’t complaining. She was opening up . . . more and more each moment we sat there. She was questioning her life, her choices, her mistakes. She was wondering how in the world did she end up where she was. She overflowed with gratitude as she counted the many blessings in her life, but she always came back to that empty pantry. She sat in complete confusion as to how she landed in that place.

My Dad was one who could see into other people’s pantries. After my Mom was killed by a drunk driver, my Dad began a ministry to stock the pantries of those who shared that same angst on their faces and that same longing in their voices. It was called The Good Samaritan House. He was particular about who was able to come in and get groceries . . . he picked out the scammers right away. He could see the empty pantries on the faces of those who needed food. He could hear the empty pantries as they longed to be filled. He saw both the empty house pantries and the empty heart pantries. He knew. Discernment. He had it. I only saw my Dad really angry twice in my life. Once when we were at a high school football game and the guy behind us shouted, “Break his leg when you tackle him! Get him out of the game!” My Dad came off the bleachers like a stone from a slingshot and verbally put that guy in his place. “You don’t EVER wish harm on another person in a ball game! It’s a game. It’s a sport. You don’t ever wish someone harm!” The other time was when one of those scammers came into The Good Samaritan House and he had found out this person was single, no family and made it a practice to go around to every other ministry in town, telling fabricated hard luck stories and then would turn around and SELL the food!! That guy couldn’t get out of the door fast enough when Dad refused him food and exposed his greed. Dad couldn’t

stand by and see someone hurting and he wouldn’t tolerate someone taking advantage of his efforts to help those in need. There were many times he gave, when he really didn’t have it to give and that’s when it became clear to me that my Mother saw the empty pantries, too, or she wouldn’t have been able to accept and encourage my Dad’s generosity and selfless actions.

That family member with the empty pantry? My Mom and Dad saw her empty pantry and worked to keep it well stocked. Now she’s living in her heavenly mansion, which I’m sure has a pantry that looks a lot like the one in the picture. My Dad is living in his heavenly mansion, as well, and no doubt he is one of the chief pantry stockers, in word and deed. My Mom, too, is living in her heavenly mansion and I imagine she’s Dad’s most valued assistant in pantry stocking. And I am grateful every day for my full pantry and for the memories that fill me up with gratitude for having known and loved them all.

1 thought on “THE PANTRY”