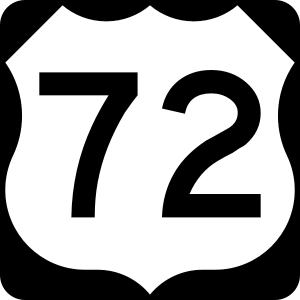 This is an interesting year for me. It has been 45 years since I graduated high school. In and of itself, that isn’t so interesting. What continues to mesmerize me, however, is the fact that I sometimes feel as though I have TWO graduating classes with which to celebrate. Other times, I feel as though I don’t have a class at all. As Paul Harvey would have said, “And now, the rest of the story . . . ”

I was born and raised in South Bend, Indiana. My parents were southerners, my Dad from Alabama and my Mom from Georgia, but they settled in Northwestern Indiana after having two children. They added three more children to the family while in Indiana. I followed my older brother and sister through elementary school, entering the 6th grade with Miss Toy as my teacher. The first day of school that year she said to me, “I taught both your brother and your sister. I’m expecting great things from you!” She was big, tough, and scary and I was intimidated. During that school year, after attending school with the same friends in the neighborhood since Kindergarten, we moved out to Osceola, IN, a small, rural town on the outskirts of South Bend . . . all new people . . . all new places. My brother had just graduated and my older sister was now in high school. My sister just younger than me was at a different school and my youngest sister was not in school yet. I truly felt alone. I remember recess was spent playing four-square. I thought it was fun and I was okay at it, so that’s what I did every day . . . until . . . one day I stepped up and some punk said, “Who’s that new girl? She’s so homely!” I don’t think I knew what “homely” meant at the time, but I knew it wasn’t good and I never played four-square again.

Time went on and I made good friends throughout middle and beginning high school. I became involved in learning German (our German teacher also attended our church) and in “Daffy Dolls”, a cheer group for the wrestling team (only in IN), named after Coach Daffney (not sure of that spelling). I had a steady boyfriend from our church group, although he went to a different high school, things were good. I finally felt “at home” and then . . . in the middle of my sophomore year, my Dad told us we were moving to Alabama. Seriously???? I thought my world had ended!!!! I didn’t realize it at the time, but my Dad’s health was deteriorating and his doctor told him he needed to live in a warmer climate. My Dad never made the move about him. He tried to help us realize it was the best thing for our family and, after all, we visited south Alabama every year to see relatives and we loved it. He knew we would be okay. The decision was made for me to live with my German teacher and his wife and finish out my sophomore year. For that I will always be grateful. Herr Simmons and Frau Simmons were fun, energetic and wonderful role models. As an adult I look back at their generosity and willingness to bring a teenager into their home for several months and I marvel at such a giving and gracious spirit. The summer after my sophomore year my older sister flew to South Bend to accompany me on my flight (my first flight ever) to Alabama . . . leaving my friends, my boyfriend, my church family . . . heading to what seemed to be a strange, unknown, faraway place.

That is the first part of the story . . . leaving those with whom I would have graduated high school. Even they weren’t life-long friends since I moved there in the 6th grade, but they had become my school family and because of chorus, football, Daffy Dolls, German classes and daily interactions, I just couldn’t wrap my head around the fact that we would not be finishing high school and graduating together.

Fast forward to my acclimation to south Alabama . . . my dreams of becoming something akin to a translator (I’m not even sure I knew any specifics about how

to make that happen, but I LOVED the German language and wanted to continue my studies) were trashed. German wasn’t even offered at the only high school in this small southern town. I spent my junior year in jeans that dragged the ground, t-shirts, and flip-flops, kept my head down and didn’t get involved in anything. That was my way of rebelling, I think. I was so unhappy, but conflicted because I knew, although he never made it an issue, this move was important for my Dad’s health, but I missed “home.”

I think it’s just my nature, but I couldn’t “rebel” any longer. I love people and I love “doing” and eventually I made many friends and began to get involved in school activities in my new town. My senior year I was one of the VPs of the Senior Class, was honored to be on the Homecoming Court, participated in the Junior Miss Pageant and was named “Most School Spirited” in senior superlatives. I became known as the Notre Dame-loving “Yankee” transplant and lovingly mocked for saying “you guys” instead of “y’all.” Wow. What a difference a year made. The reality was, however, many, if not most of the folks in my “new” graduating class went through school life together, at the very least they went through four years of high school together and I, once again, felt like an outsider.

Graduation . . . off to college . . . Class of ’72 reunions . . . What to do? I no longer felt I was a part of the Penn High School Class of ’72 because I didn’t go through graduation with them, but I also didn’t feel as though I was an integral part of the Foley High School Class of ’72 because I only spent two years with them. For decades I lost touch with both Indiana and Alabama friends. I wasn’t a PHS grad, so I didn’t receive reunion info from them. FHS classmates always included me in reunion info, but I never felt “worthy” of joining friends who would reminisce about elementary, middle, and high school fun. So, I stayed away . . .

Another fast forward: FHS classmates persevered and continued to reach out to me (along with many others who hadn’t participated in reunions) until, much like my senior year, I began to feel a pull to get involved. They have always embraced me as one of their own, it just took my acknowledging that to feel their warm embrace. I now am part of the reunion planning committee and have a ball whenever I’m able to get together with this group of fun friends. We have far more in common that we do differences and the length of time we’ve been together is certainly secondary to the love we share for one another.

Thanks to social media, I’m reconnected with PHS classmates and, although I didn’t graduate with them, they were gracious enough to allow me to join their FB page so I can stay informed about how they’re all doing and what great things are happening in their lives. Many of them have requested my friendship on FB and we have fun bantering back and forth. I haven’t made it to one of their reunions and I’m still not sure that’s my place, but I’m thrilled to be able to stay in touch with so many of those with whom I spent some very formative years. PHS classmates just gathered for their 45th high school reunion this past weekend. I have loved going through the posted pictures, watching the videos, and seeing somewhat familiar faces, conjuring up wonderful memories of long ago. FHS classmates are in the midst of planning an incredible reunion in October and I’m thrilled to be a part of the excitement and anticipation.

So now, instead of NOT feeling a part of ANY graduating class, I am grateful for the blessing of TWO graduating classes. It all comes down to friendships, some longer than others, some stronger than others, but all built on a foundation of love, developed over years of growth, respected through maturity, and held dear through the eyes of aging . . . 1972, it was a very good year. I am grateful, Class of ’72.